هيوميديا - HumediaYou have the floorThe Western Community’s Double Standards in Human Rights Application in The World!

News, newspapers, and magazines were filled with talk about the Ukrainian-Russian crisis. Politicians, diplomats, and human rights defenders across the world raced each other to condemn Russia’s aggression. All of a sudden, the international community turned into a sympathetic community of people who sympathized with immigrants, refugees, and victims of wars.

The Russian-Ukrainian crisis exposed a deep-rooted racist policy against non-Europeans,  in allegations that the Western media adopted standards of integrity, objectivity, and impartiality in its coverage of wars, but the reality reflected the opposite and showed a clear bias in their dealing with the course of wars. What Ukraine has gone through the past several weeks, Palestine has been going through every day for 73 years. Ukraine has not experienced a tenth of what Palestine, Syria, or Iraq have been through, but it has gotten multiple media uproars and sympathy from the Western and American media. Perhaps the reason is that Ukrainians wear beautiful clothing, and they seem to be rich, unlike the citizens of North African countries! It is, according to Peter Dobbie, a presenter for Al Jazeera English, who said: “What is compelling is that just looking at them, the way they’re dressed, these are prosperous, middle-class people. These are not obviously refugees trying to get away from areas in the Middle East that are still in a big state of war. These are not people trying to get away from areas in North Africa. They look like any European family that you would live next door to.”

But do we have to be white with blonde hair and green eyes living in Europe so that the world can sympathize with us? Or should the Palestinian, Syrian, Yemeni, Afghan, and Iraqi refugees hold Ukrainian citizenship? Then maybe they can find someone to sympathize with them or even someone to shelter them. The reason may be that the victims of Palestine, Syria, Yemen, and Iraq are not “civilized” or are non-white!

There will be no direct relation in the eyes of the West today between what is happening in Ukraine and Syria because the main political focus will remain solely on Ukraine. For more than ten years, we have not heard of any condemnation or an international move against Putin for the killing, destruction, and displacement he is committing in Syria.

Furthermore, what is worse and stranger than that is that the European people know about the killing and displacement in Syria at the hands of Putin! When the Journalist Philip Korb on BFM, one of France’s most-watched channels, said on air, “We’re not talking here about Syrians fleeing the bombing of the Syrian regime backed by Putin; we’re talking about Europeans leaving in cars that look like ours to save their lives.”

If we want to hear the European narrative of how it supports the principles of human rights in the world, how they support the rights of Ukrainians and their sympathy with the Ukrainian people, and the ministers’ and diplomats’ condemnations of the Ukrainian-Russian crisis, perhaps we should also hear the narrative and the tragedies of the history of Arab countries and the narrative of the Iraqi people. America intervened militarily with 34 other states to bring down Saddam’s regime. First, under the pretext that Saddam possessed weapons of mass destruction and then under the pretext of rescuing Kuwait!

Europe and America intervened in the affairs of Iraq and Afghanistan under the pretext of applying human rights and granting people their freedom, but America made Iraq worse and more tragic. The American Statue of Liberty trampled on all the principles of human rights in the world.

Of course, we are not sad that the world stands with the victims of Ukraine. We are also supportive of the freedom of the Ukrainian people. What we regret is the world’s view of the victims of Middle Eastern countries such as Iraq, Palestine, and Syria as citizens of third world countries that do not matter to them and that they do not bother to mention them in the media. We deplore the international community’s double standards of discrimination, racism, and persecution in terms of race, color, and religion. 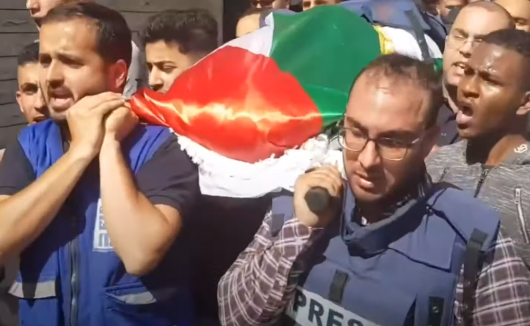